I am BIG on smoothies and sip on one anywhere from three to five days in any given week. Delicious, nutrient-dense smoothies are quick and easy to make with my frozen smoothie pack method but I don't necessarily use it to make the gut-friendly golden pineapple smoothie we are talking about here on today. And even without any prep, it's still quick and easy. This smoothie is naturally sweet and full of ingredients that are kind to your gut, among other parts of your body.  Angela from The Kitchenista Diaries inspired me to play with this recipe when she shared her answer to Starbucks' golden ginger drink a couple of months back and I have landed on a combination that is pure gold. No pun intended. The result is as close to a hug in a glass as any smoothie can get. Let's get into the simple ingredients that go into this homemade pineapple drink. 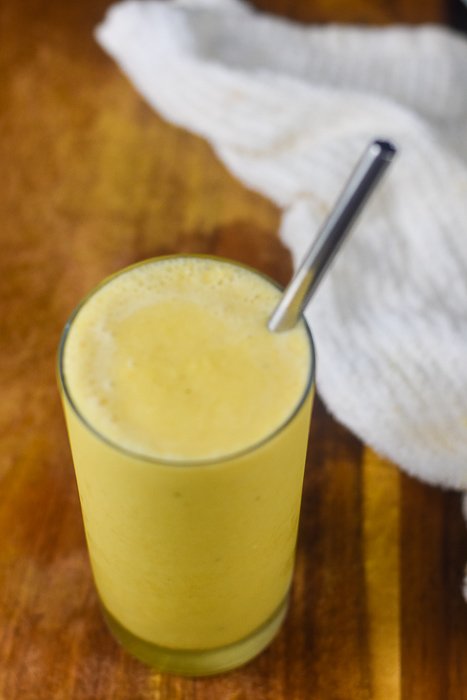 What You'll Need to Make a Golden Pineapple Smoothie

All of these ingredients play so well together, and I'm not just talking about the flavor. You'll recognize some of them from my golden milk & honey drink, which I also recommend you check out! As you've likely guessed, pineapple is the star of this smoothie. She's full of nutrients as well as enzymes that aid in digestion and can potentially help with weight loss. Ginger is well known for settling stomachs and fighting inflammation. Turmeric is another powerful anti-inflammatory and antioxidant, which makes it good for gut health. And the good fats in the coconut milk help our bodies unlock its benefits, as does the pinch of black pepper. Black pepper isn't just here as a cute little assistant, though! Studies indicate that she helps with digestion all on her own. 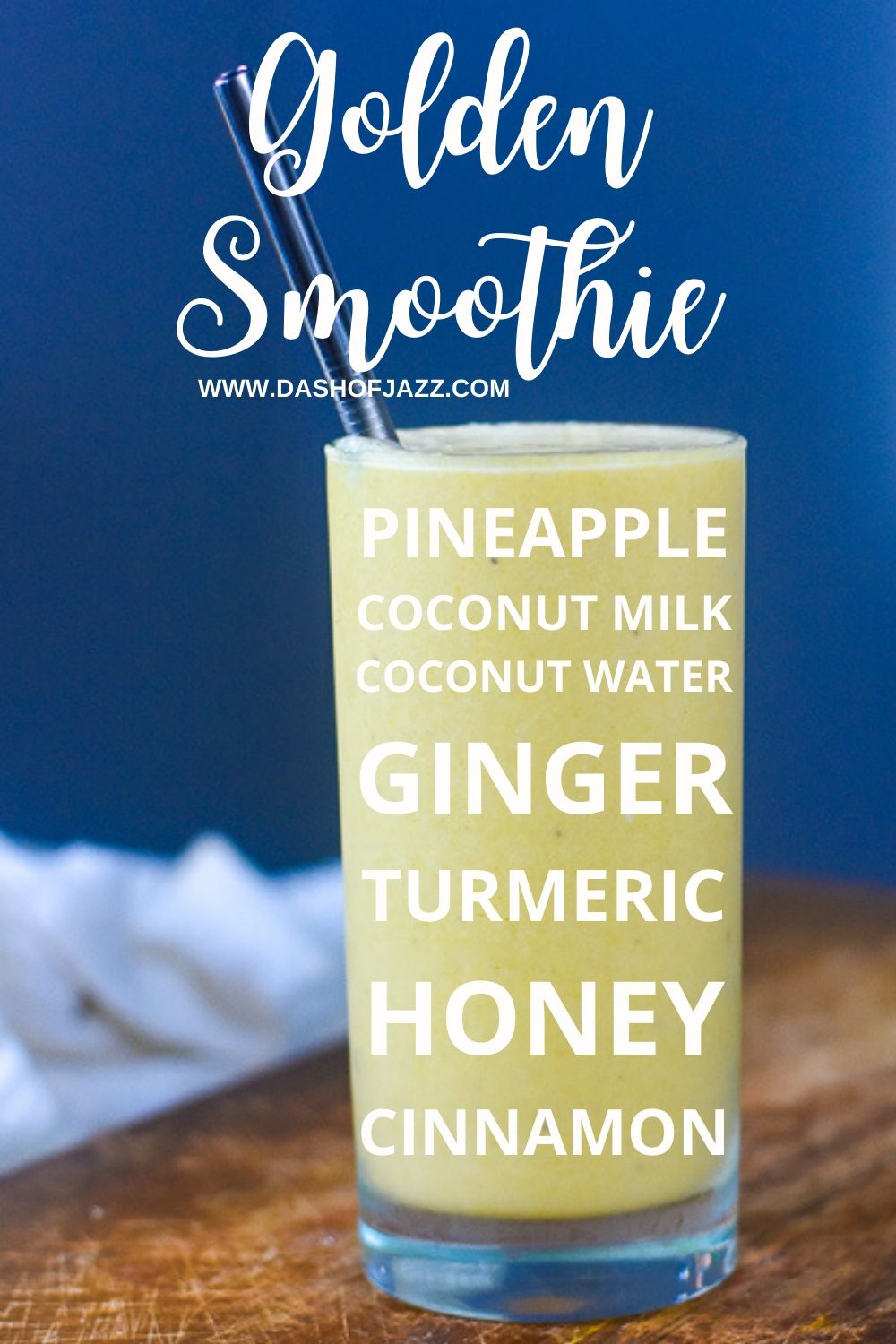 Now, you might be wondering why I included both coconut milk and coconut water in this golden pineapple smoothie. Well, the answer is mainly related to texture. As I mentioned, we need the fats in coconut milk. But to avoid making this smoothie too thick, I cut it with coconut water. This adds a boost of hydration and makes everything a perfectly creamy texture that isn't too heavy. And, because of the cinnamon and honey, the flavor is something like a fruity, frozen golden milk. Cinnamon helps maintain a healthy balance of gut bacteria and honey is a prebiotic. Lots of good stuff in this little smoothie, right? Right. 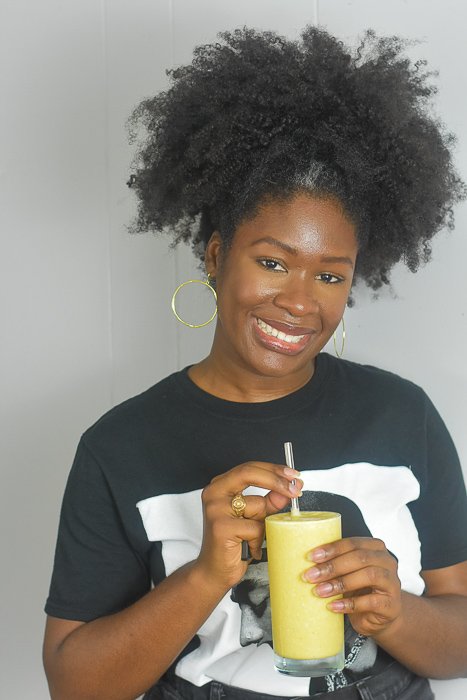 All of this to say, don't think my golden pineapple smoothie is just a healthy Starbucks drink copycat! It's so much more and you can easily make it at home in just about two minutes. What's better than that? Remember, sharing is caring so be sure to pin this recipe on Pinterest. 🙂 Thanks for reading! 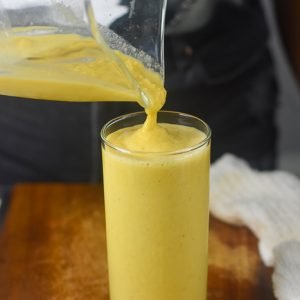 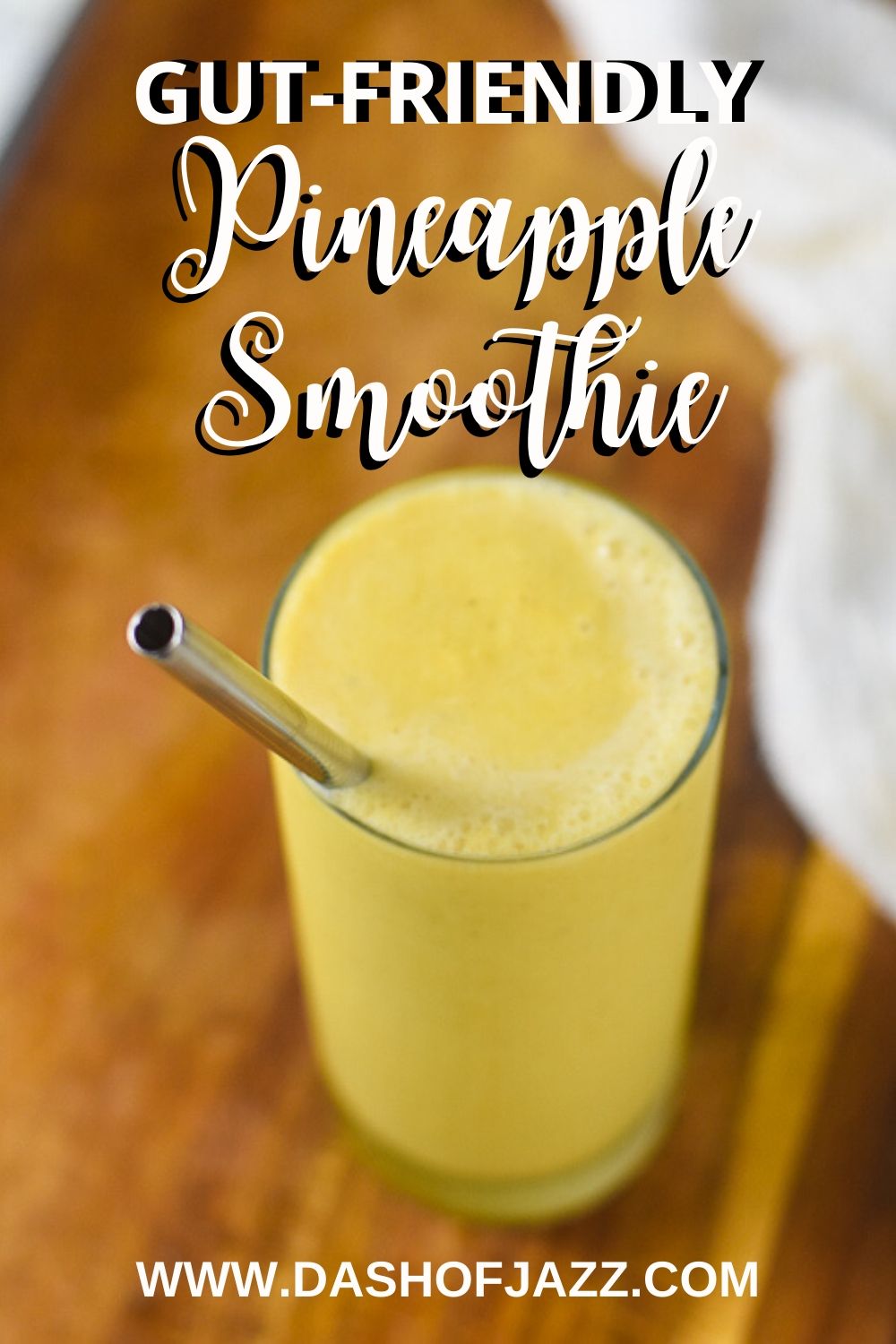