Welcome to the latest installation of the Dash of Jazz Etiquette Series. I launched this last fall with a brief Q&A that addresses things like making good conversation and when to bring a bottle of wine to a gathering. I followed that up with a primer on dining etiquette, which I highly recommend you read if you ever plan on eating with anybody whose opinion matters to you! Things fell off for a bit but, today, I'm back to cover a scenario many of us are familiar with: being a bridesmaid--or really playing any role in someone's wedding.

There aren't formal etiquette rules around being a bridesmaid or, as Nene Leakes would say "bridemaid". Most of what I'll say here is common sense--but you know the saying "Common sense ain't so common." 🙂 I've been in a bunch of beautiful weddings over the past few years and people don't always know how to act. You've likely heard the term bridezilla. Bad bridal behavior is a real thing but so is bad bridesmaid behavior. Here are dos and don'ts to keep in mind if you want to avoid being a bridesmaid-zilla.

Do put your preferences aside.

Notice I said preferences and not requirements. If you prefer to part your hair on the left side but the bride wants everyone parted to the right, part your hair to the right and relax. However, if you wear your hair natural for spiritual or maybe political reasons and the bride wants everyone on that straight and silky aesthetic, maybe you two should have a chat. No shade, but this is really something y'all should already know about each other. See the next tip for more on that.

Don't sign up if you can't commit or aren't into it.

Being a bridesmaid in this day and age is time consuming and not cheap and you're never under any obligation to do it. At a minimum, it will hit your wallet and your calendar so consult your schedule and budget before agreeing. Also, check yourself. Don't feel like you have to accept just because you're asked. Being a begrudging bridesmaid is never a good look. It's supposed to be a joyous occasion, after all. My first experience as a bridesmaid was a hot mess, partly because the whole situation was just a hot mess and partly because the bride and I weren't really good friends anymore. I agreed because I felt like it would be rude not to. Don't be like me.

When someone asks you to be in their wedding, they are asking you to be in their wedding. It's not about you. If you have strict specifications about how you want to look on that day, just be a guest. That way, you can show up as you please, take a bomb photo somewhere at the venue, and post it on Instagram later. The same goes for all the events leading up to the wedding day. If you're dead-set against the bride's dream bachelorette destination or know that your style wildly differs from what your friend would pick for you, it might be a no for you, dawg. It's ok to have a conversation with the bride (and with yourself!) before agreeing.

Don't forget "maid" is part of the title.

I'm not saying you should be changing bed linens or anything. But there is a certain level of service involved. You aren't just there to look pretty. You are there to support, collaborate, and, if it comes down to it, even steam a dress or two. If you're not into putting yourself second for a little while, politely decline. It's not your day, girl.

Things happen. People in the wedding party don't get along. The maid of honor might be stressing you out with shower planning. You might can't stand the person you're paired with to walk the aisle. None of that is the bride or groom's concern. None! Keep it to yourself. Every single wedding I've been in or been to has had something go awry along the way. The two people getting married (and likely paying for everything) have quite a bit on their minds on that day and in all the days of planning that precede it. Don't add to that with things that don't matter, in the grand scheme--especially on the day of.

This advice applies to more than just being a bridesmaid but we won't get into all of that today. 🙂 Do you have any advice to add to what I've shared? Drop it below, if so. As always, thanks for reading! 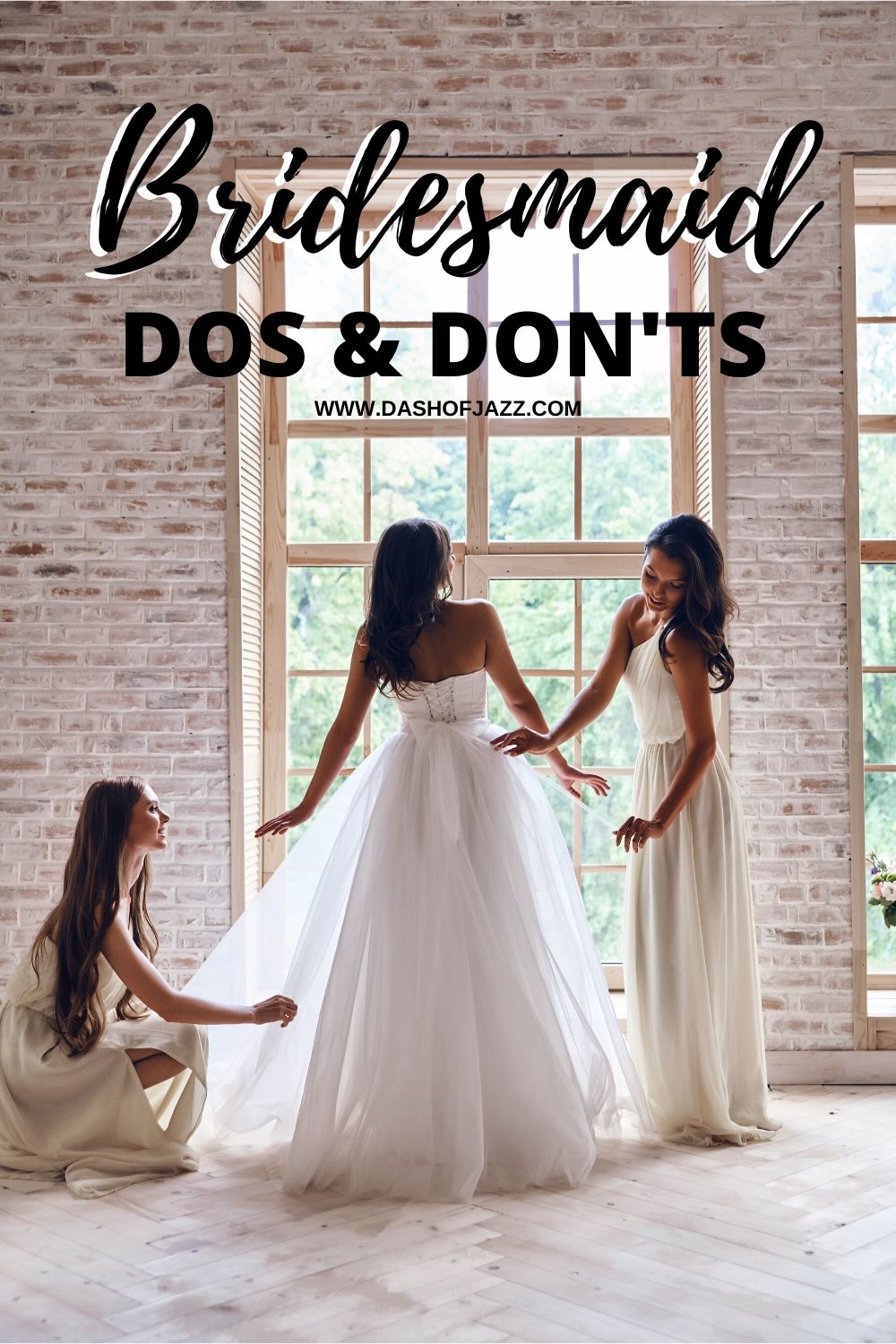 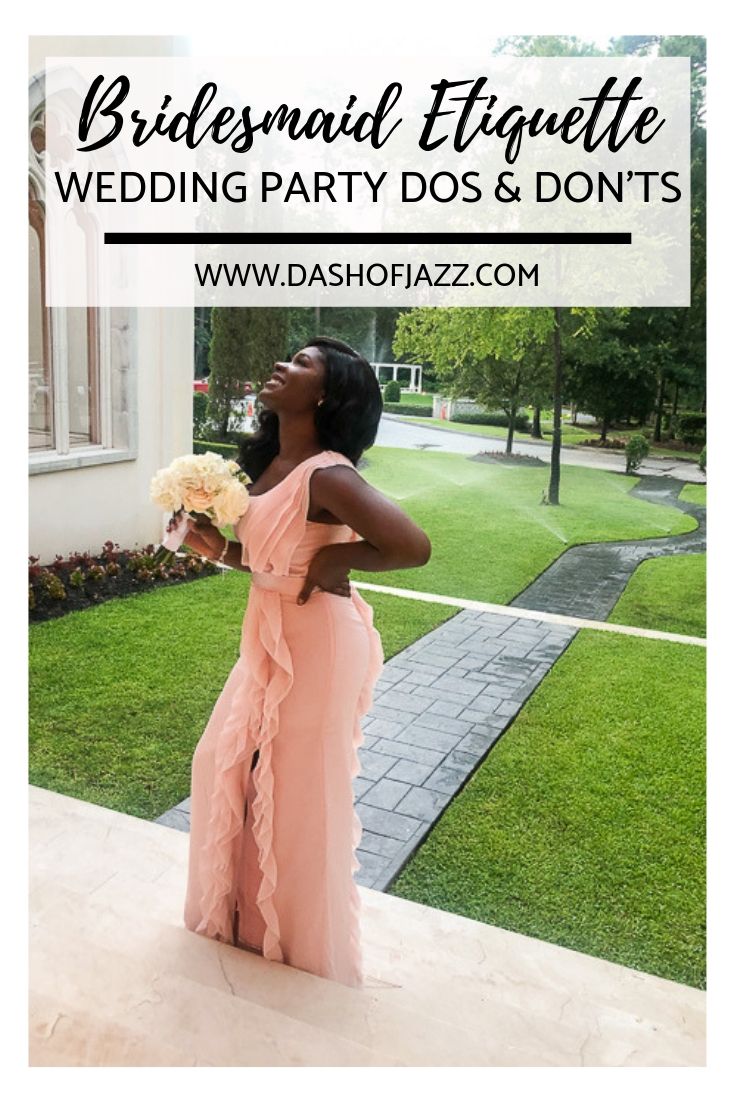