As often as I mention being a born-and-raised Texan, you might be surprised to know that I have a bit of a love-affair with the East Coast. It's the reason I own more coats than your average Houstonian and actually see snow on a somewhat annual basis. Between having siblings that work and/or go to school in Pennsylvania, New Hampshire, and New York, friends in the DMV area and an NYC-fashion-school-graduate cousin through whom I may have vicariously lived out my Carrie Bradshaw-esque daydreams, I've racked up some mileage. Two gems I uncovered during  my travels: Georgetown Cupcake and Nando's. For a while these spots were enough to make me question my Southern loyalty. Thankfully, Houston has an answer to GC in Crave Cupcakes. But my Nando's cravings seemed like they would remain unrequited until I learned about a new and different South African-influenced restaurant right here in my backyard. I was also surprised to learn from co-owner Thomas Nguyen that Peli Peli was born after a spurned attempt to franchise a Nando's! Look at what can come from a little adversity. 🙂

I had heard nothing but good things about the location and cuisine. During my first experience I initially thought "Wow! Everyone was right. This place is amazing." I then thought "What kind of friends do I have that they didn't bring me along?!" *insert angry red emoji* After I got out of my feelings, I fully got into the food...which was delicious by the way.

Bobotie: a pseudo pot pie made with curried ground beef. We destroyed it. 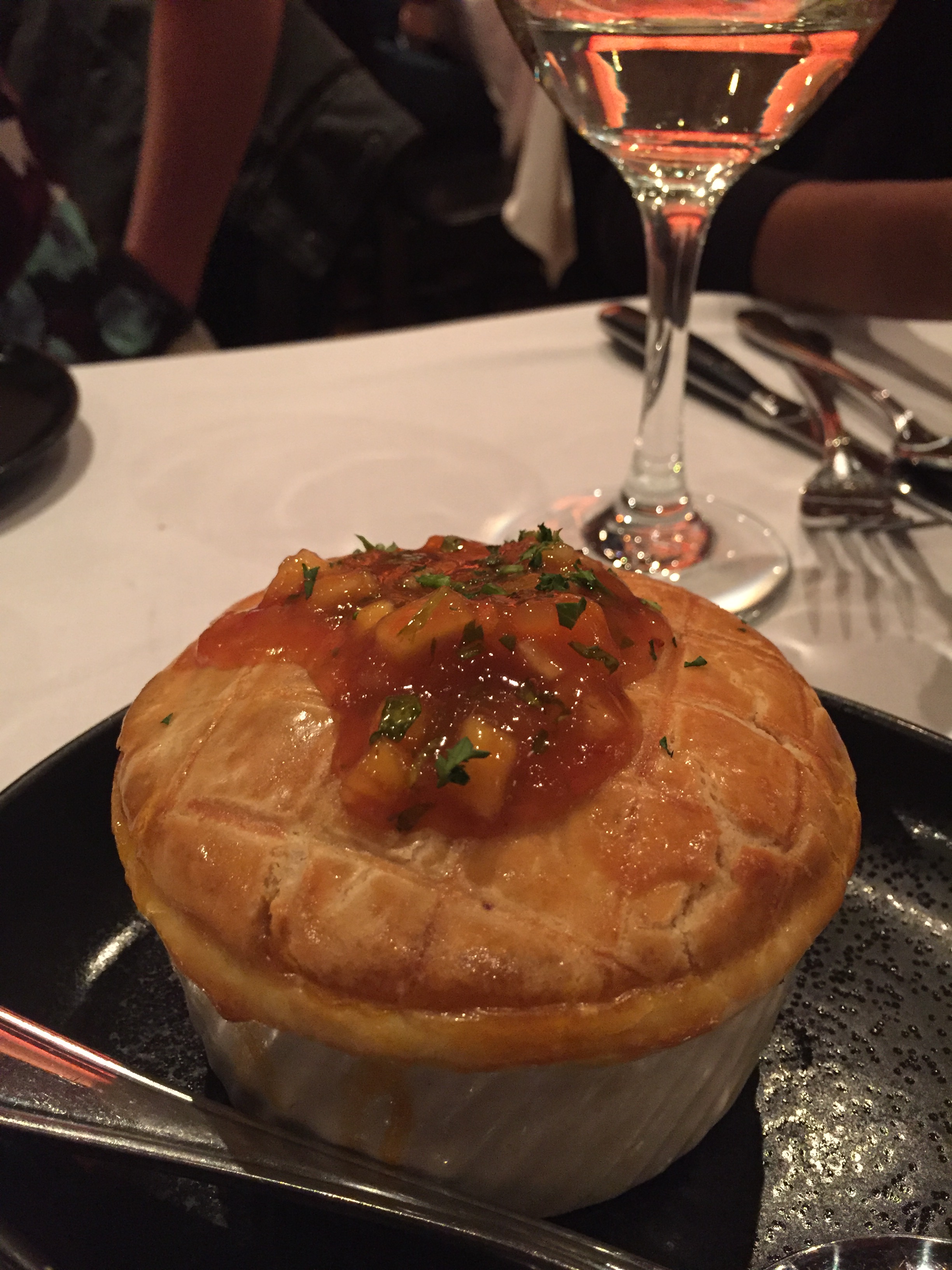 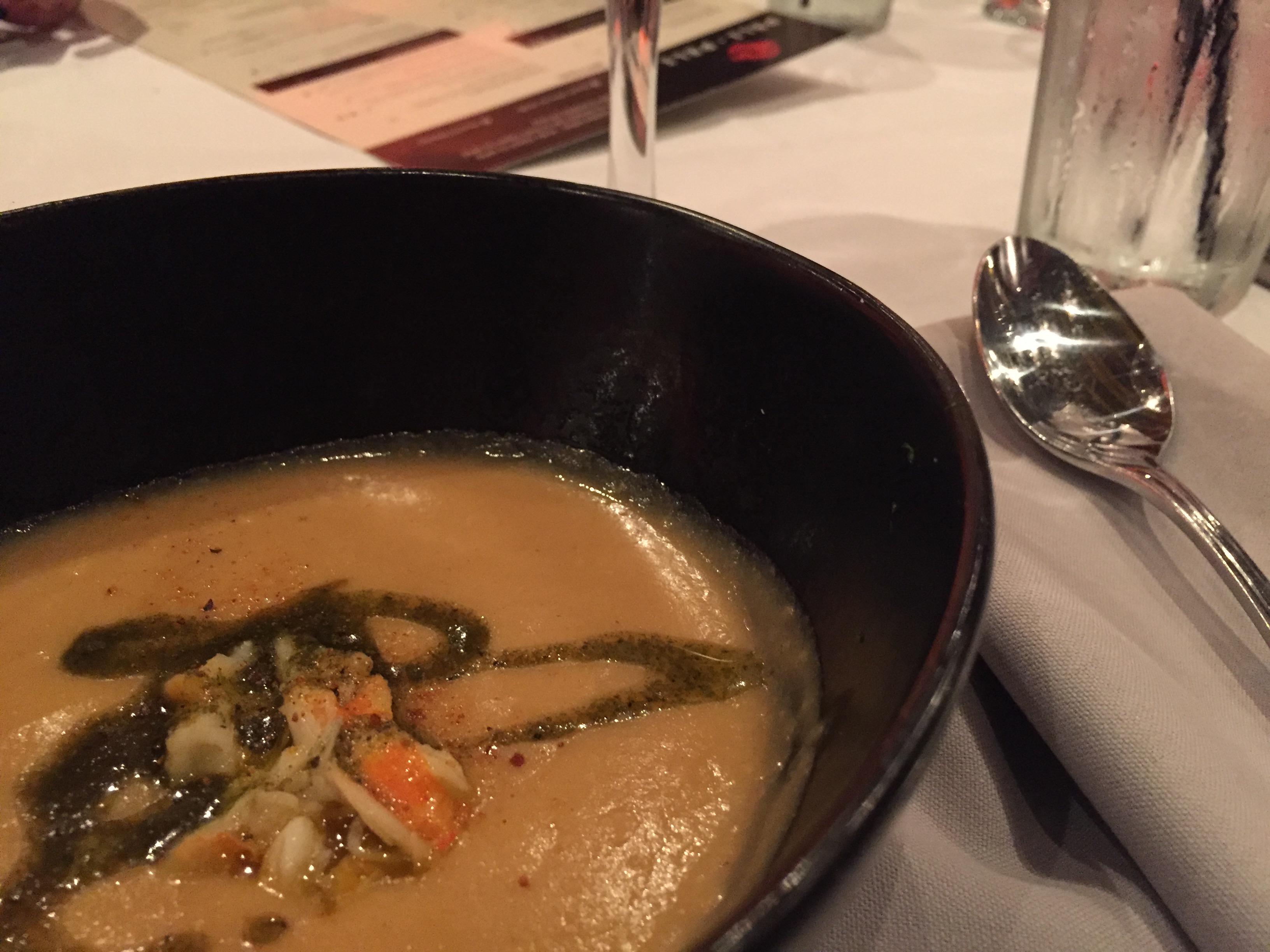 Our waiter mentioned that many people take the bottles home and up-cycle them. I have one on my desk right now just waiting for the right Pinterest project. *birdman hand rub* 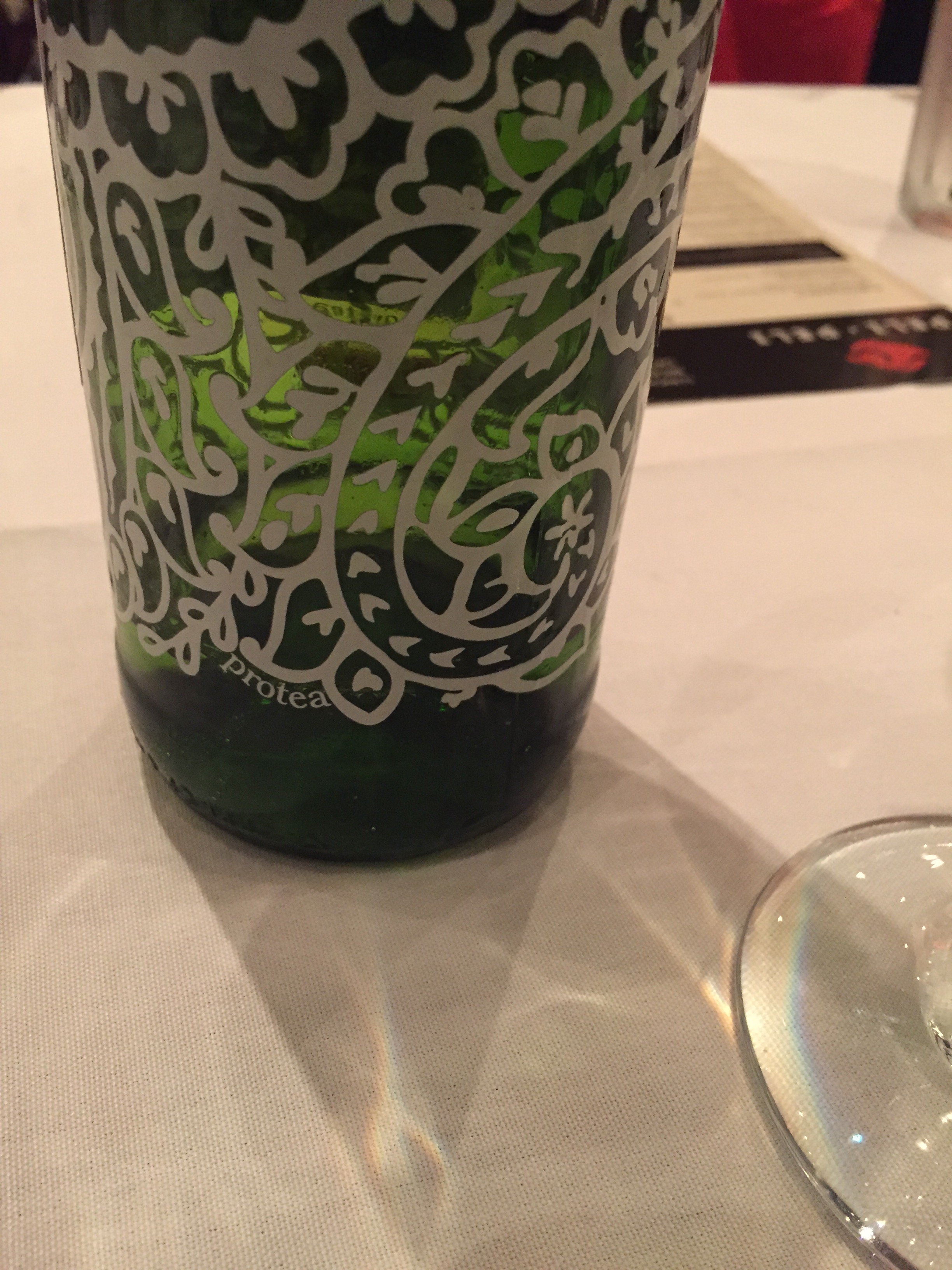 Kingclip. This is a South African fish similar to sea bass. Peli Peli is currently the only place serving Kingclip in the US. 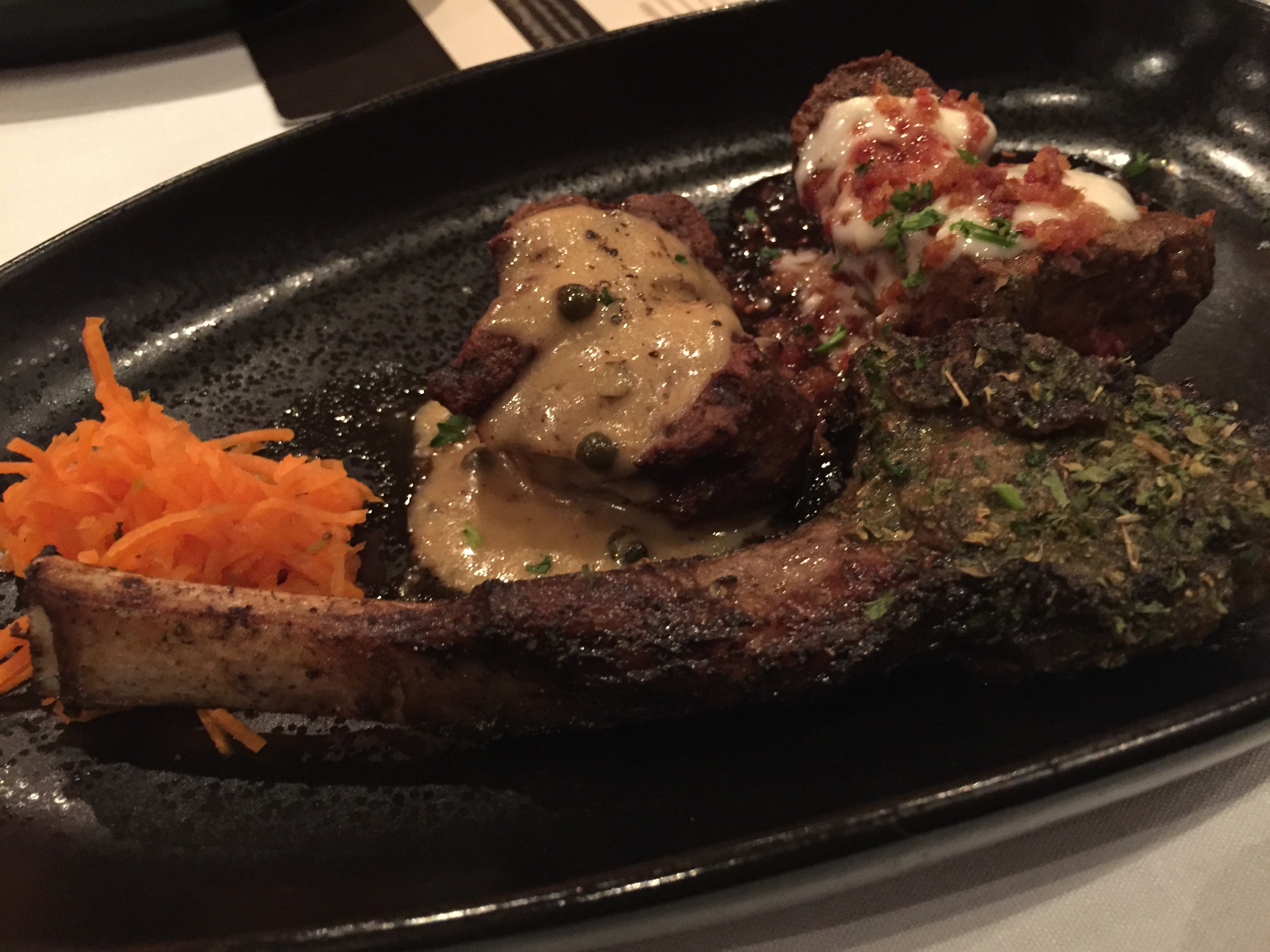 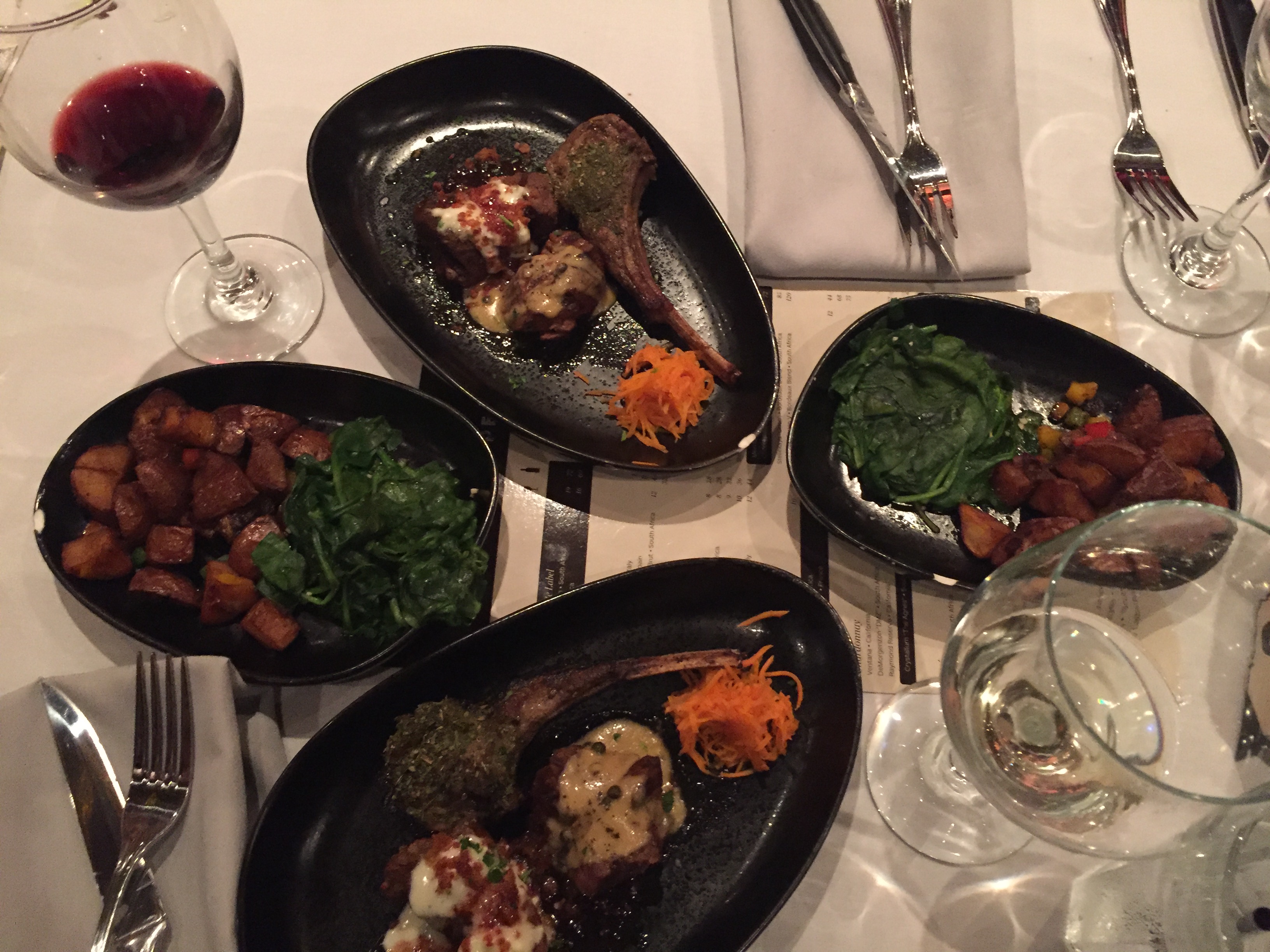 Dessert is always my favorite part and I was not at all disappointed. Melktart Brûlée: think custard meets cheesecake meets the inside of my mouth. This is a twist on a traditional South African dessert. It was sweet and creamy, yet refreshing and not too heavy. 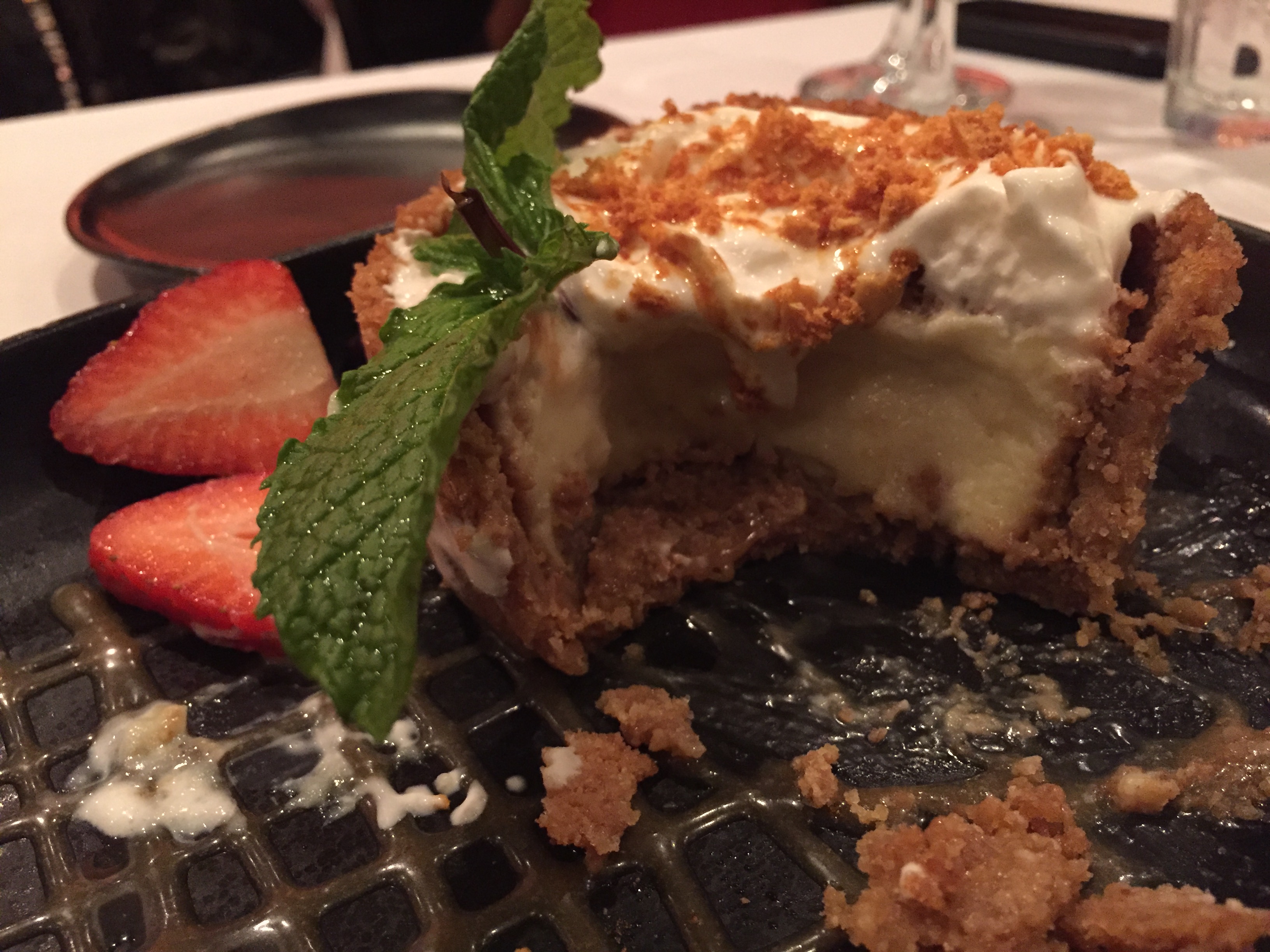 To be honest, I was waiting on the sticky toffee pudding all night. It wound up tying with the melktart but I would never say "no" to it. Ever. 🙂

Peli Peli's slogan is "South African flavors, Southern hospitality" and it seems to ring true. While dining, I felt more like a guest than a customer. The atmosphere in the restaurant feels warm and intimate although it seats quite a few. Additionally, the décor is beautiful. 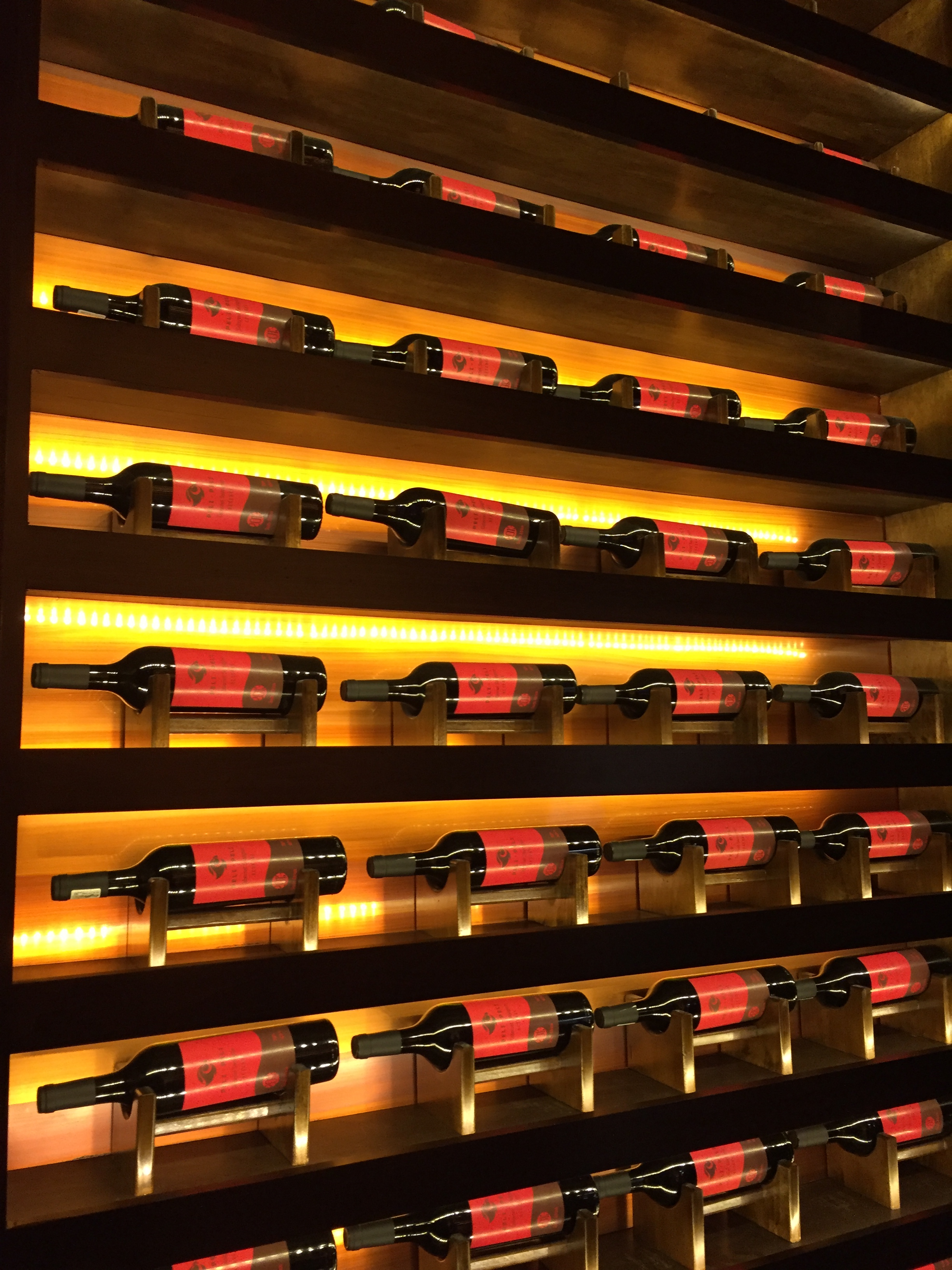 We were able to tour the kitchen and get a little background information on the restaurant concept, interior inspiration, and the chef. 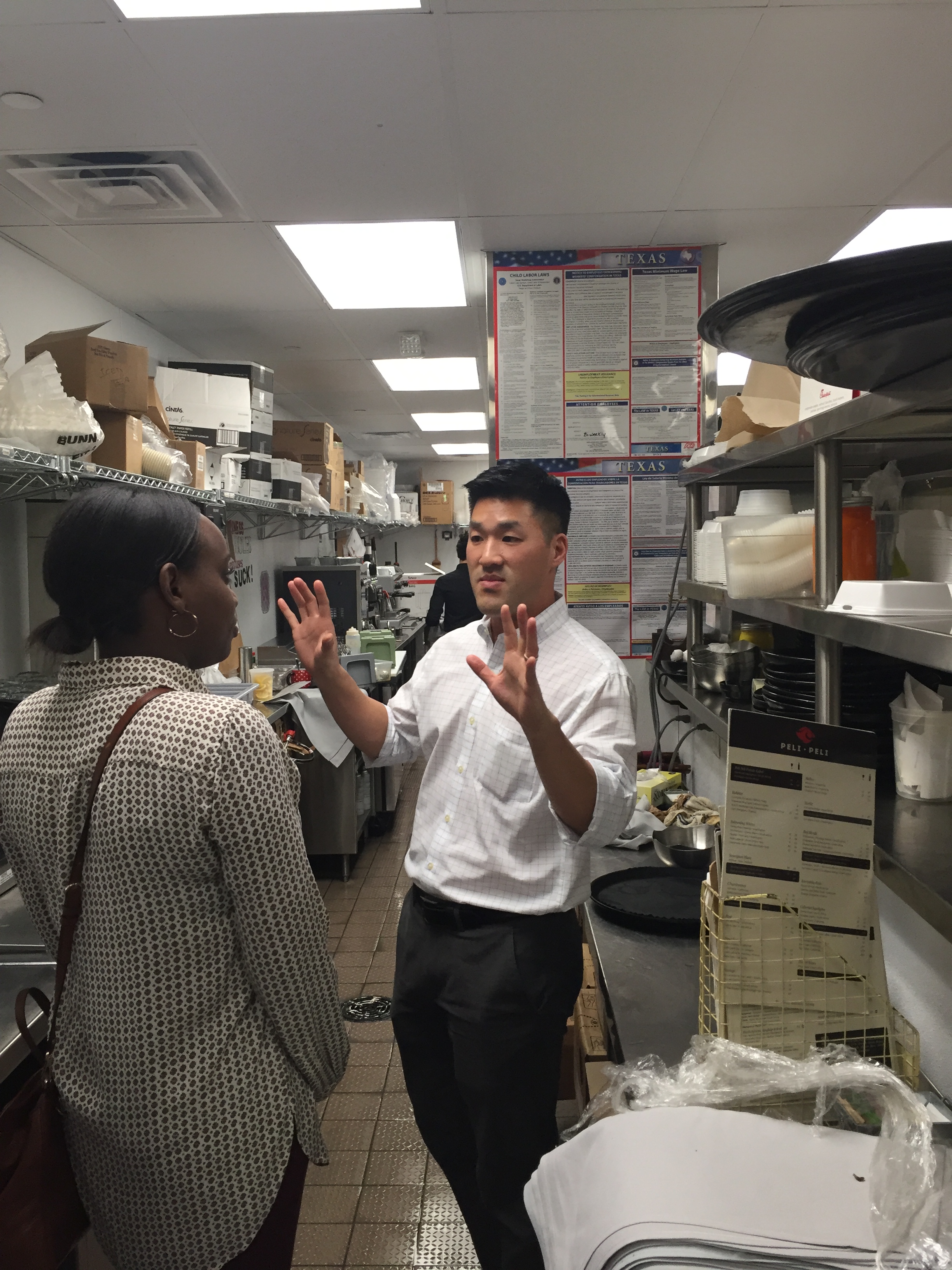 I highly recommend Peli Peli and all of the dishes mentioned in this post. I'd love to hear about your experiences with Peli Peli or South African food in the comments below. Thanks for reading!