Someone asked me about single serve desserts recently and I realized that, aside from this boozy chocolate cake for two and maybe these little apple tarts, I don't have any up on the blog. So here's one you can't miss with. It's the perfect balance of sweet, tart, tender, and crisp, all in a cute little package. It's hard to mess up, too. The word of the day is easy so you don't even need to peel the apples! You can make them ahead of time and reheat AND the ingredient list is pretty basic. You probably have all the stuff in your kitchen right now. These mini apple cranberry crisps start with one extra large chopped apple and some dried cranberries. 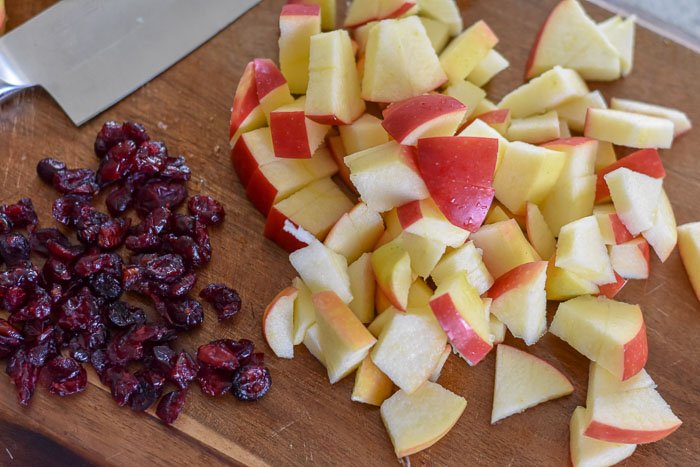 Apple crisp was my go-to dessert recipe in college. It's probably the first dessert I made from scratch and it's been refined and perfected over time. I have fond memories of my friends and I catching up after a trying week of exams over a warm pan with scoops of ice cream and lots of laughter. Now, we're a bit more spread out geographically but apple crisp still makes appearances at our more casual hang out sessions when we get together. These cute little minis are a slight remix of that recipe and incorporate all of the same goodness. Once this post goes live, I fully expect to get hit up to make these while everyone is in town for the holidays. 🙂 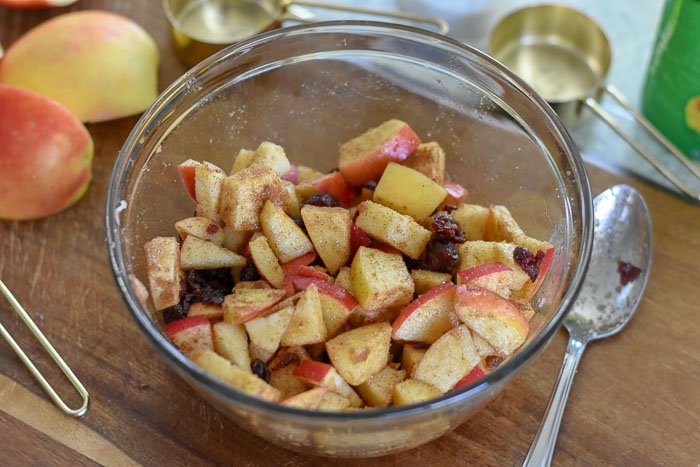 All of the filling ingredients (apple, cranberry, brown sugar, cinnamon, nutmeg, and lemon juice) get mixed up in a bowl then placed into ramekins. Side note, you need a few ramekins in your life, sis. They don't cost much and just add a little something extra to hosting, serving, and in this case, baking mini desserts! Mine get a lot of use from cheese boards, to dips, and date-night desserts. The festive ramekins used here are an old after-Christmas clearance find but I've linked a few pretty and inexpensive ones below. 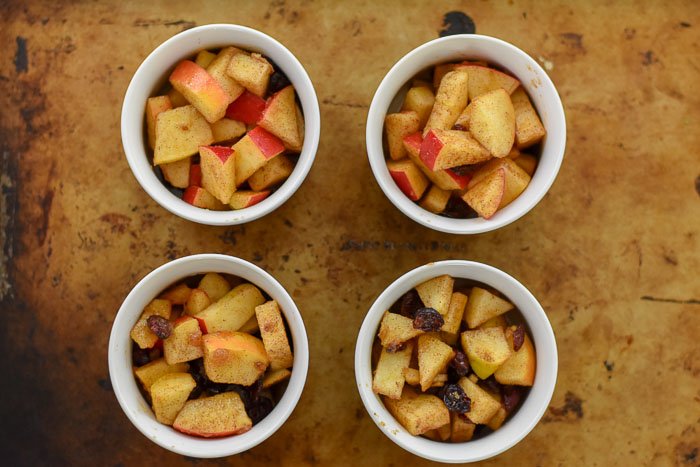 Next up is an easy crisp topping made with just oats, a little more brown sugar, flour, butter, and sea salt. Once mixed, it's spooned on top of the filling. These mini apple cranberry crisps bake for about 30 minutes or so, depending on your oven. In that time, the filling gets hot and bubbly and the apples sometimes take on a bit of a pink tint from the cranberries. The topping gets crisp and golden brown. Magic. 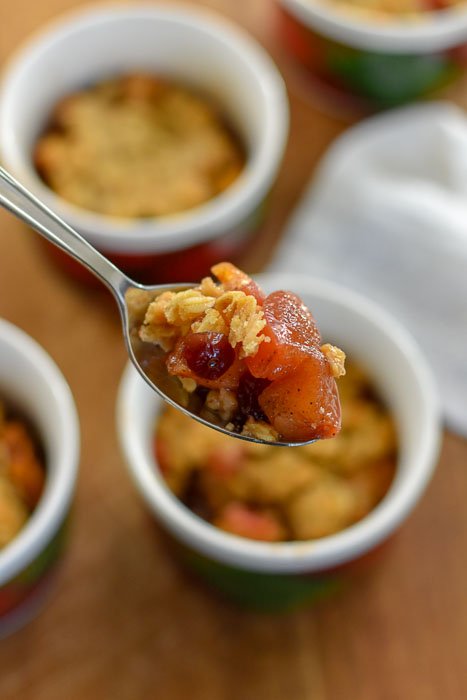 Are you into mini desserts? They certainly help with portion control and these would also be great for Valentine's Day dinner. You can also change up the fruits to suit your mood. I'm scheming on a berry version next. Let me know in the comments section, if you have any requests. Thanks for reading! 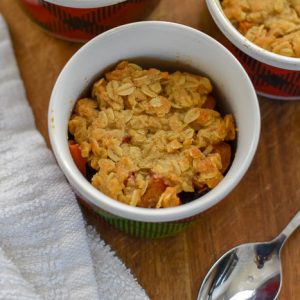 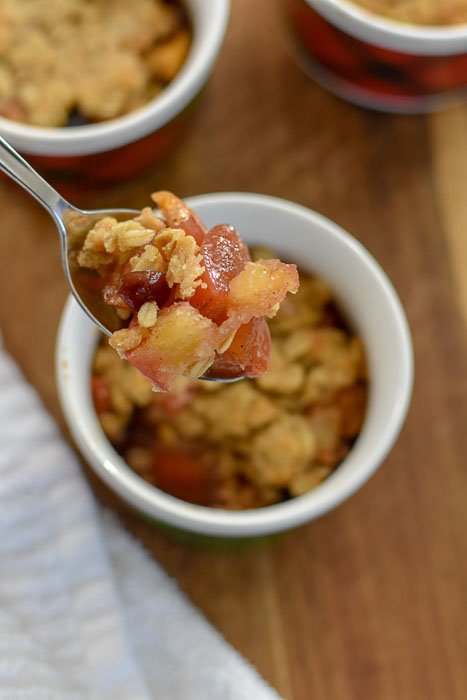 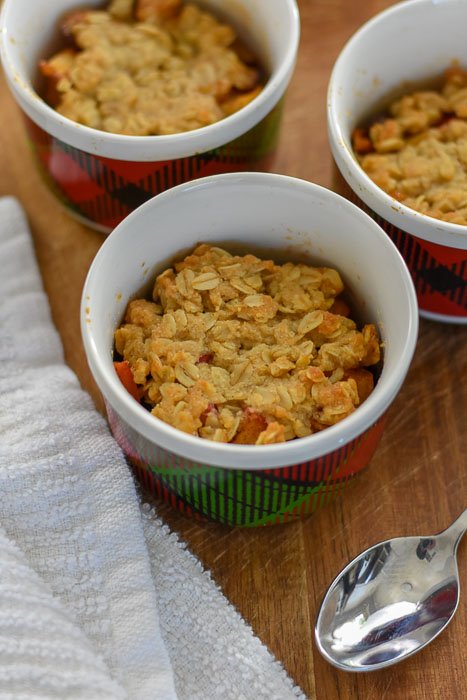