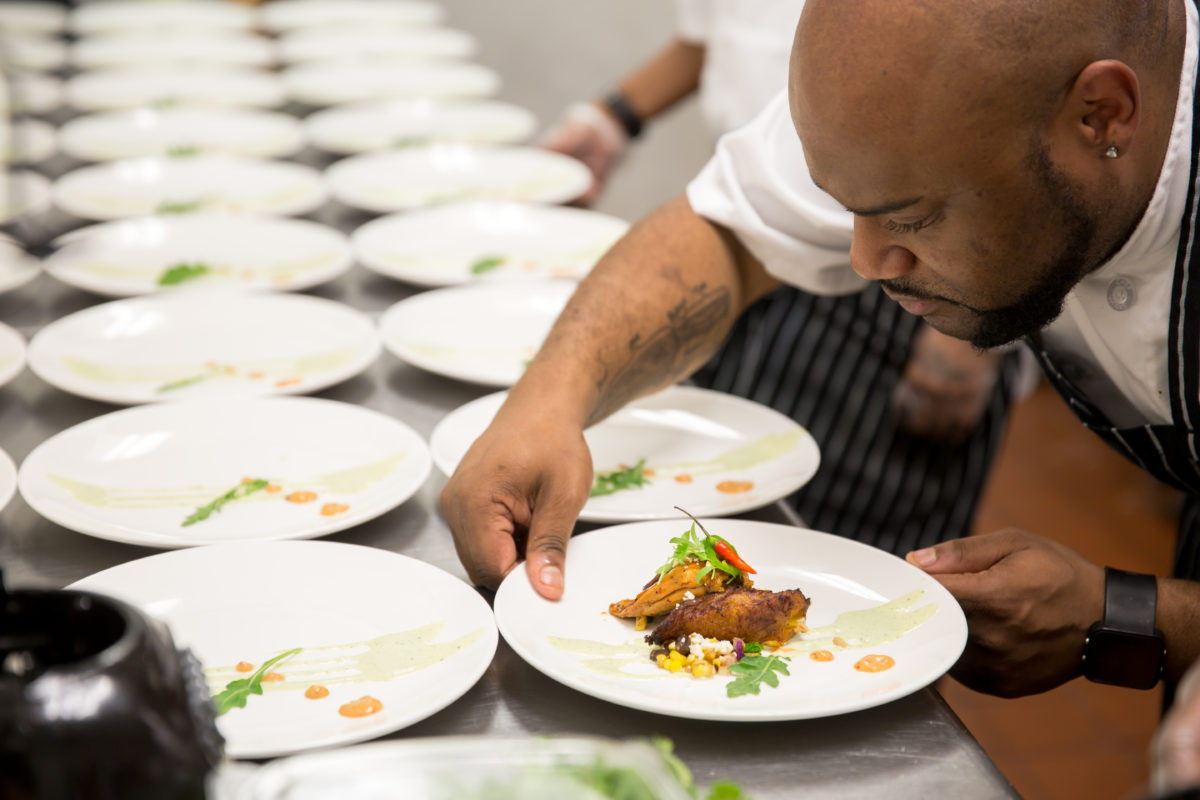 When we say that everything is bigger in Texas, we aren’t playing. It’s not a joke! My beloved Houston area is a prime example. It is ever-expanding to include surrounding areas. Cypress is such an area. Typically the most action I give Cypress is on my way to College Station or Waco but when I heard about the opportunity to partake in Chef Javani King’s food, I didn’t hesitate to venture out. A couple of weeks ago I dined at Dolce Ultra Lounge & Bistro for the first time and it was a beautiful experience from start to finish. Dolce is a playground for patrons and Chef King alike as he has free reign to create and share the unique, southern-inspired, and [duh!] delicious meals he has become known for. I first became familiar with the Chef’s food during Houston Black Restaurant Week earlier this year and knew I was in for a treat Chef King is a perfectionist and his attention to detail is evident in each plate.

Not only did all [seven courses] of the food exceed my expectations, the lounge itself set a lovely scene. From speaking to owner Al Rucker, I learned that their goal is to bring a taste of Midtown to the Cypress/Katy area and that was visually apparent to me. Dolce features no fixed furniture, which allows them to transform the space almost daily to accommodate local DJs, live music, spoken word, weekend brunches, karaoke, and even private events. Each weeknight features a different event like $2 Taco Tuesdays. Maybe it’s because I’m a Texan but I don’t know anyone who thinks turns their nose up at a Taco Tuesday. The overall vibe at Dolce is unmistakably grown & sexy. Scroll down to see some of my favorites from the night.

Let me know your thoughts. Thanks for reading!

Girls Night Out at The Mad Potter