This shop has been compensated by Collective Bias, Inc. and The Coca-Cola Company. All opinions are mine alone. #MyHonestTea #CollectiveBias

Whew, chile. Things got heated over on Instagram the other day. I wasn't ready! For this post, I knew I wanted to make a grain-free granola to share with those of y'all who have been super into low carb and keto recipes lately, are trying the paleo lifestyle or are gluten-intolerant. 🙂 Even if you aren't following any type of diet or lifestyle change, this recipe is just too good not to try. And, of course, you can add oats to it if you really want to. When planning this recipe, I was stuck between a pumpkin spice recipe and and apple cinnamon recipe, so I decided to throw a little poll up in my IG stories and some people got tight about it. Double voting, DMs...the ghetto, the ghetto! I needed an Honest® Tea just to cool down. Thankfully, today's recipe is the perfect companion and just in time for National Organic Month. 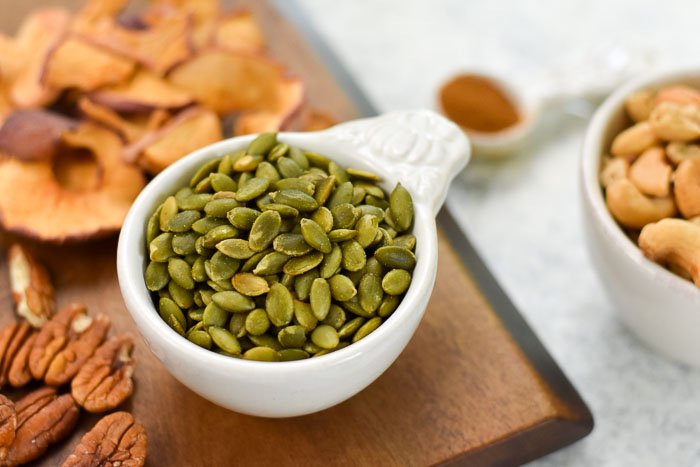 I've known that the pumpkin spice craze was serious but what I didn't know was how hard some of my readers ride for it. In the end, apple cinnamon won the poll, so here we are today with a lovely recipe for apple cinnamon grain-free granola. I might share a pumpkin spice version of this recipe later in the season if that's something y'all desire to see. It's still hot as all get out down here in Houston, Texas so it's really too early for all the fall hype, if you ask me. 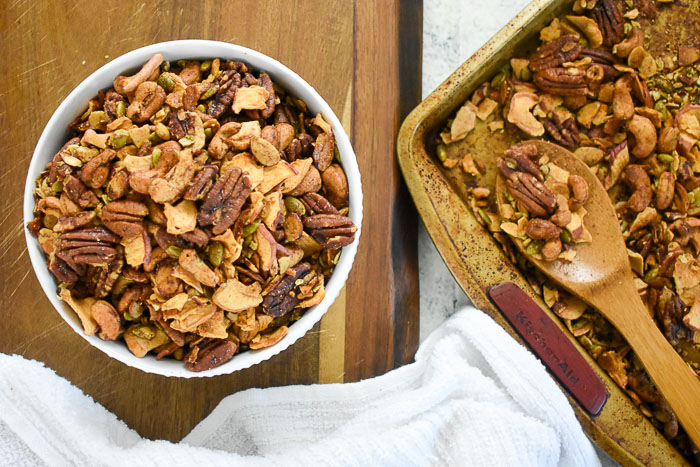 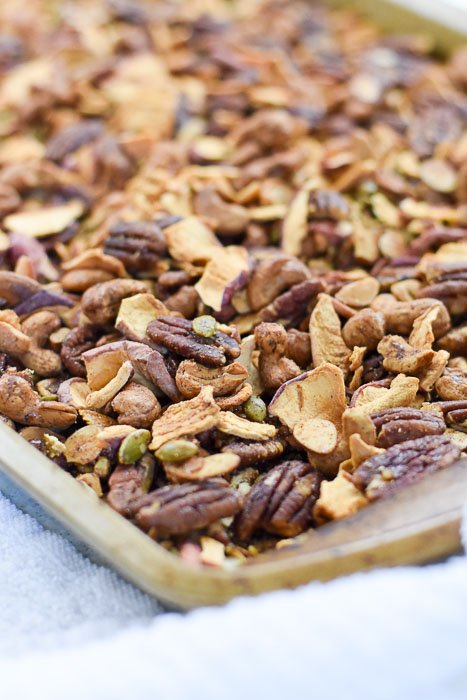 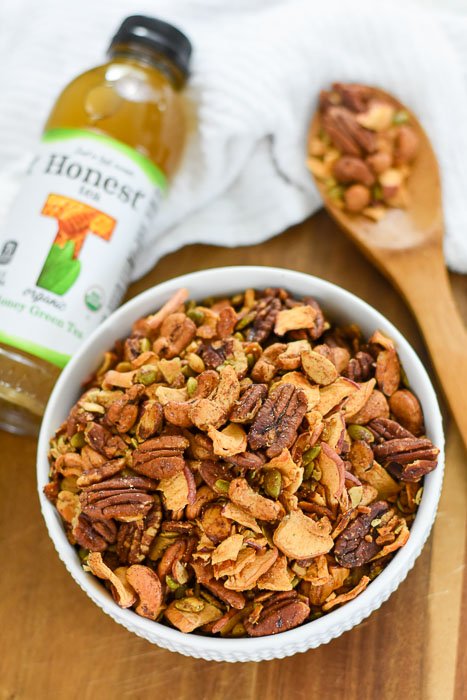 Honest Tea is just a tad sweet so there's no clashing on my palate when I pair the two together. It's also organic and fair trade, which is perfect for National Organic Month...which is now, by the way! You can pick up all the ingredients to make this apple cinnamon grain-free granola and your favorite Honest Tea flavors at Kroger. In honor of Organic Month, Honest Tea bottles are four for $5 through the month of September, so now's a great time to scoop up a few and maybe try out new flavors. In addition to the honey green tea flavor, I enjoy the pomegranate blue flavored herbal tea. Honest Tea and this granola are just two easy ways I incorporate my organic goodness into my lifestyle. Do y'all eat all or mostly organic? I'd love to know in the comments section below! 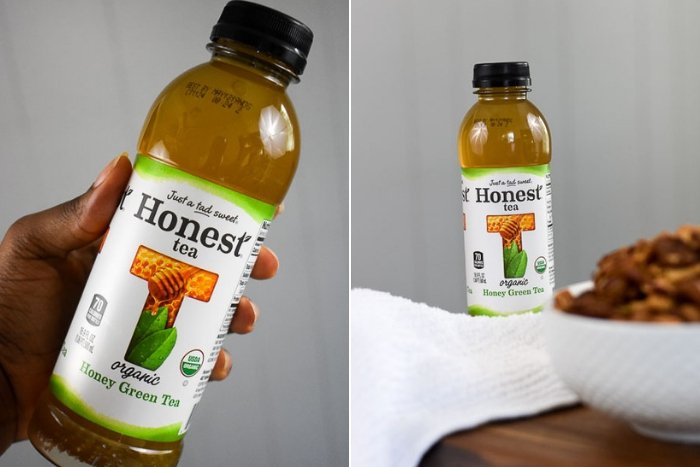 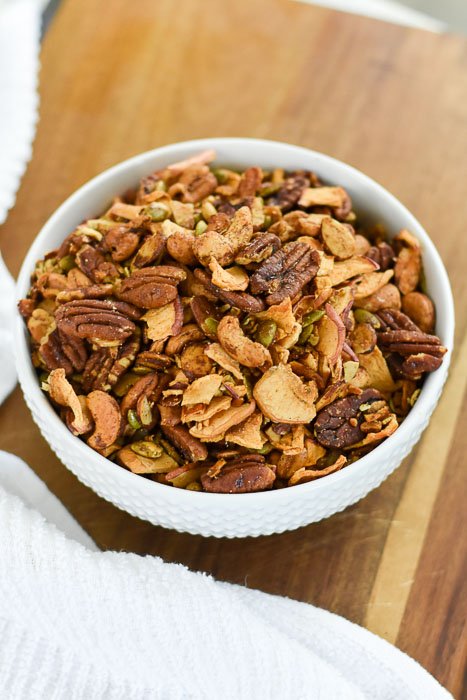 How to Make Grain-Free Granola

This is the easy part! As with traditional granola, there are basically three steps to making grain-free granola: Mix, spread, and bake. This is a quick recipe (bakes up in under 20 minutes) and the result keeps for weeks of snacking, easy breakfasts, and even dessert topping, though I doubt it will last that long. This apple cinnamon grain-free granola is positively scrumptious! Again, the ingredients are simple--nuts, pepitas, apple chips, spices, maple syrup, oil, and vanilla--and don't include refined sugar but, while baking, it actually smells like a pie is the oven! My kitchen had the scent of an indulgent dessert for hours afterward. I plan to remake and remix this granola recipe throughout National Organic Month and beyond. 🙂 Check out full details to make your own batch in the recipe card below. 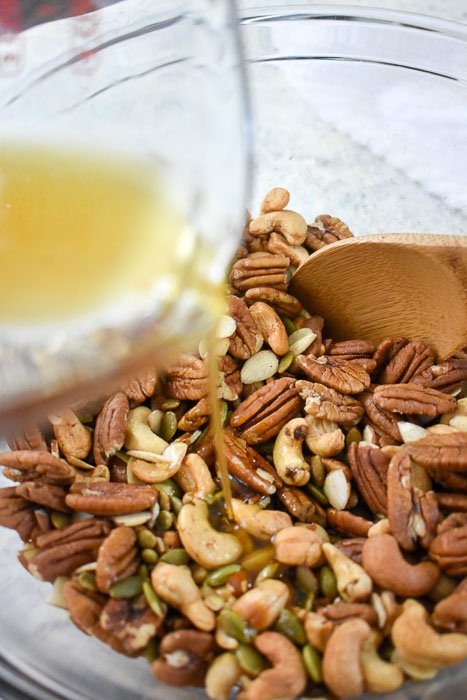 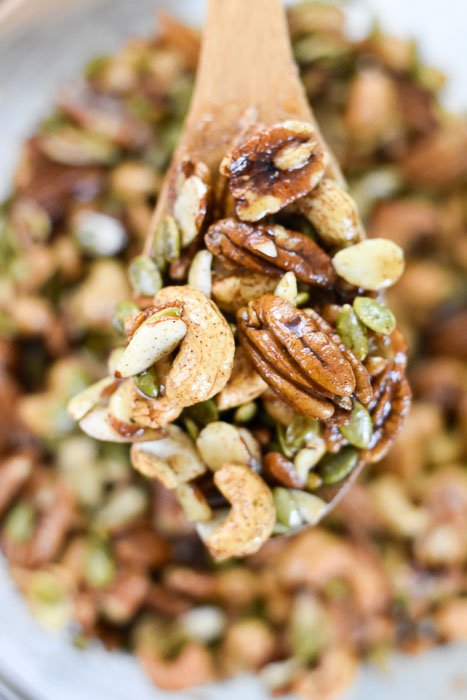 This apple cinnamon grain-free granola is great on the go--it's so easy to toss a small bag in my purse with a bottle of Honest Tea to snack on and hydrate with. I also love it in a bowl of warm almond milk for breakfast--it makes for the best cereal! Let me know in the comments below if y'all are interested in the pumpkin spice variety or any other type. I'd love to play around with different flavors. Thanks for reading!

Keeps for up to six months in an airtight container.

Store in a cool, dry place (like your pantry). Do not store in the fridge in order to avoid moisture. 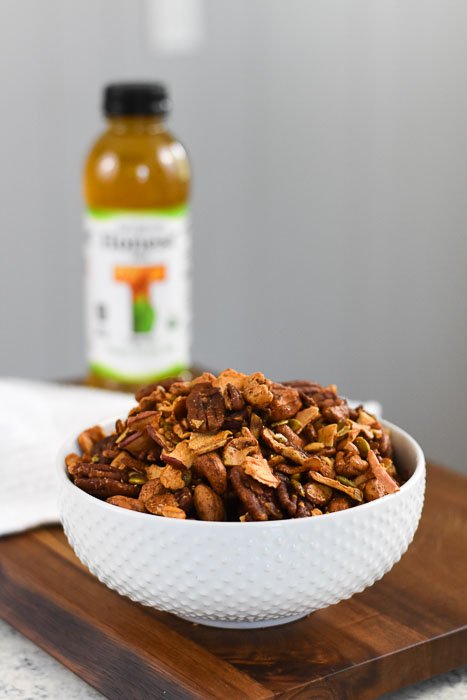 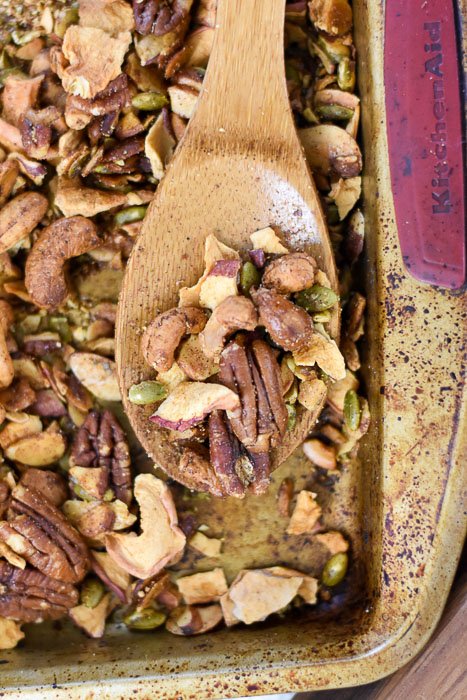 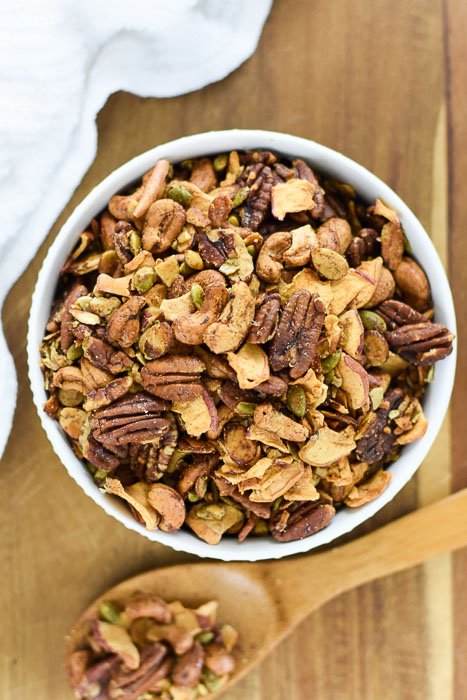